Today millions of people worldwide celebrate St. Patrick’s Day. This day is always filled with lots of bright green shamrocks, mysterious leprechauns, and breathtaking parades. Parents try to make this day special for their little ones by hosting parties, playing games and making Irish shamrock cookies. St. Patrick’s Day is definitely all about fun and celebrating Irish heritage, but do you know about the origins of the holiday? Surprise your family, friends and coworkers with these interesting facts about St. Patrick’s Day. 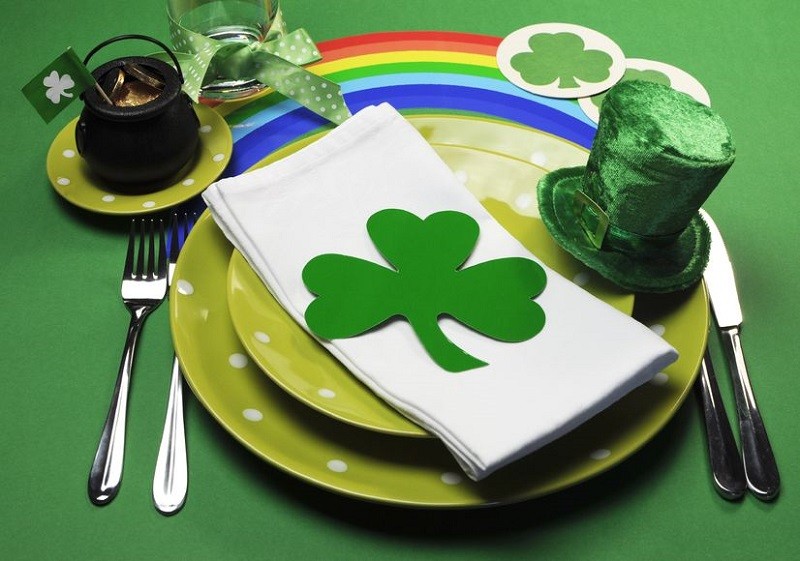 Maewyn Succat was born in Roman Britain to rich parents in the fourth century, which means St. Patrick wasn’t actually Irish. Maewyn Succat took on the name Patrick when he became a priest. It’s believed that he took on this name because it meant “well-born” in Latin. Whether it’s myth or truth, no one knows but it’s a historical fact.

2. Blue was the color of St. Patrick’s Day

3. Beer was verboten in Ireland

Nowadays it’s hard to imagine St. Patrick’s Day without green beers. From 1903 to 1970, though, beer was verboten and every pub was closed on March 17. It’s believed that other alcoholic beverages were verboten as well because of religious observances. Can you imagine St. Paddy’s Day without beer?

4. St. Patrick was once a slave in Ireland

Although St. Patrick was born in a rich family, at the age of 16 in 403 AD he was a slave. He was enslaved in Ireland for 6 years and worked as a shepherd. These 6 years helped him to strengthen his relationship with God and convert to Christianity. After returning home to Britain, he continued to study Christianity and became a priest.

5. There are no female leprechauns

While we know leprechauns don’t exist (but make sure your little ones believe!), according to Irish folk tales, there are no female leprechauns. Many girls and women loves to wear Leprechaun costumes on St. Patrick’s Day, but they don’t know that female leprechauns never existed.

The Chicago River has been dyed green on St. Patrick’s Day since 1961, when Stephen Bailey, business manager of Chicago’s Journeymen Plumbers Local Union, got permission to dye the river green for St. Patrick’s Day. 100 lbs of vegetable dye were used to turn the river bright green. However, it turned out that it was too many dye, so today they use 25 lbs of green dye.

The shamrock has been used as a national symbol of Ireland since the 18th century. Militias who defended Ireland from the threat of French and Spanish invasion used the shamrock as an emblem. It’s a well-known fact that this plant, especially a four-leaf clover, brings a good luck. Maybe it was a reason for militias to use the shamrock as their emblem.