Valerie Taylor 6 months ago - in Love

Loners, especially male loners, do things way differently than their more sociable counterparts. If you never dated a guy that likes to spend his time in solitude rather than at the bar or with the gang, he can be really confusing. Here are some tips to help you be the best girlfriend to the guy who loves to be alone: 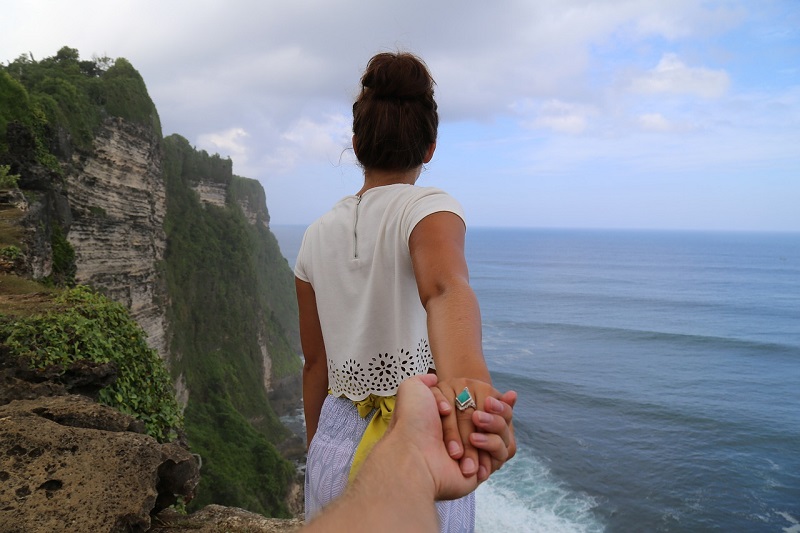 1. He wants to meet you face-to-face

Regardless of whether you met on an online dating site or elsewhere, a guy who likes to be alone tends to also like one-on-one, face-to-face conversations. Loners like to observe, and most are very visual, creative thinkers. A text message might be cool for a quick question to let him know you are thinking about him, but do not always expect an answer.

Chances are he is trying to imagine your tone and facial features. So just meet him for coffee if you want to talk. Get to know each other through human interaction, not mechanical ones. Emote for real, not just through smileys.

2. He will be unintentionally standoffish

Again, loners like to sit back and watch what is happening around them. Sometimes this distance can feel awkward for you, especially if you tend to be a social butterfly. Rather than thinking of this as him being standoffish, or getting studied like an experiment, try to see it as him honestly trying to see what makes you tick. Silence from loners is not a bad thing, even on the first date. It means he is truly, deeply thinking about you.

3. Social outings can be difficult

Of course, when people love to be alone, you cannot expect them to suddenly become the life of the party. On the contrary, social gathering with massive amounts of people can be kind of exhausting. There is so much to see and take in that loners often get sensory overload.

Instead of going to a club or concert, adapt to his unique dating style. Accept the more romantic dates of walking together on the beach during the evening, sitting in the park and watching the clouds pass by, or simply binge watching his favorite Netflix show.

4. Look out for when he isolates himself

If you find that your guy is not just opting to be alone more but really making an effort to separate himself from you, watch out. He is clearly overloaded and uncomfortable. Loners are sensitive souls.

Sometimes, he could also be feeling depressed or anxious. How do loners deal with being lonely? They dive deeper into that solitude. It is the only sanctuary they know. Do not be afraid to ask what is wrong.

5. He notices the little things

You might have changed which side your part your hair or put on some extra makeup for a date. Perhaps you tidied up something in his home while you were waiting to go out, or you got him a Pez dispenser of his favorite movie character.

He may not always say it, but he see and appreciates everything. Even your quirks. From the way you might act when nervous, the sound of your excited giggle, or the way you look at him and only him… nothing goes unnoticed.

6. Self-sufficiency is his MO

Loners are often independent to the point where they will fight touch and nail to maintain that level of self-reliance. Do not expect him to lean on you during tough times. Rather, show him you support him by simply saying, “I am here if you need me.“ He might never reach out, but he will be grateful for your consideration and offer.

7. If he truly wants you, he will make room for you in his life

This is probably the most important point. Above all else, if a guy who prefers to be alone goes out of his way to spend time with you, meet your friends and family, and basically go against everything he is familiar with, he honestly likes you. Perhaps it is even more than just “like.”

Guys are difficult sometimes when it comes to dating. Guys who opt for alone time are even more confusing to understand. Underneath the seemingly emotionless and detached exterior lies a heart of gold. When you date a loner, you are dating a creative, sensitive, and observational guy who will go out of his way to show he cares.