Menu
Home / Lifestyle / How to Have a Feminist Halloween

How to Have a Feminist Halloween

The ghouls and ghosts are out in force. Pumpkin-spiced everything is drowned us, and the weather is again more frightening than that creepy baby from The Grudge. But what makes all strong, independent ladies tremble like the leaves on the trees is the sheer volume of sexism glaring at us from every costume store around. Tired of these costumes and ideals that say it is cool to be a promiscuous woman for Halloween but don’t want to board yourself up indoors and glut on candy corn either? It is time for a Feminist Halloween. 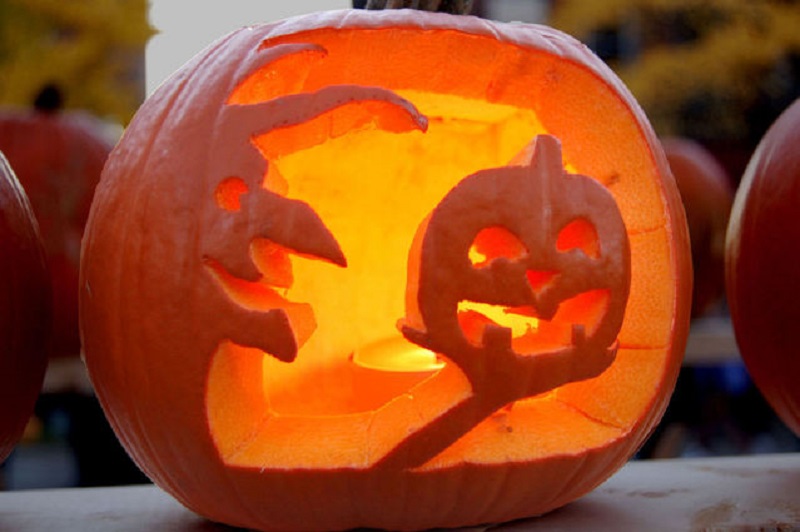 There was a time when All Hallow’s Eve was not associated with scantily clad women and candy. As explained by the History Channel, the Celts started Samhain (pronounced sow-in) over 2000 years ago with the belief that on October 31st, the world was divided between realms of good and evil, life and death. Bonfires were lit, and the Druids stared deep into the flames. They prophesized the future to keep the morale of the Celtic people high throughout the long, dark winter.

Even trick-or-treating dates back to the All Souls Day celebrations that occurred as early as 1000 A.D. Do not be that uneducated witch. The more you know about Halloween and what makes this ancient celebration so awesome, the more you can emulate the Druids and Romans properly.

2. Do not spread the shame

We are all sisters on this planet. Giving into the urge to call other women out on Halloween is placating the patriarchy. Want to raise women up to another level? Glorify the goddess in all of us. There should be nothing wrong with a woman deciding to dress up as a nurse for Halloween if she wants to.

Likewise, there should be nothing to disparage if another lady wants to wear firefighting gear. Respecting one another, regardless of our costume choice on Halloween, is one way to promote feminism healthily.

So if you do decide to show a lot of skin this Halloween, heed this caveat: what will the little pumpkins and goblins (children) think? If you go walking around as Elsa on transparent hooker heels and a three-year-old girl who loves Elsa happens to see you, how do you think that will register in her impressionable mind?

You see, there are a time and place for everything. Women should want to empower the younger generations of females out there, not bog them down with presumptions that beauty equates to 10-inch stilettos and a snowflake pasties.

4. Be a Halloween Earhart or Coleman

You do not have to dress up like this amazing women aviators if you do not want to (though that would be an awesome DIY costume). Rather, channel their energy from the spirit realm, because this is Samhain we are talking about, and use it to outfly the men wherever you go.

Show off the achievements women have made over the years by becoming something other than a witch in a pointed hat. You have endless options worth another mention:

Some other ideas that don’t involve actual women but feminist ideals include Mother Nature, birth control pills, a haunted tampon, breastfeeding, and business suits. Another hilarious option is dressing up as a slice of bread and wearing a gold medal around your neck because you’re a breadwinner. Get it?

When it comes to parties in today’s society, women are viewed as two things: hoes and wallflowers. If we party too hard, we are not being ladylike. If we get too loud, we are being obnoxious. If we cling to the corner because we are introverted and afraid to say hi, we are being too shy.

Gather your girl squad and throw yourselves a party, honoring what makes being a woman so awesome. Get some Halloween or horror-themed movies where the woman comes out on top. Alien vs. Predator, anyone? Play darts with photographs of all the anti-feminists and patriarchy toadies you despise.

Be as a creative as you want. You are surrounded by like-minded ladies all fighting for the same thing, right? Have fun, let loose; and if you want to crash a sausage fest, I will cheer you on.

Just remember to party responsibility on Halloween. Be you, not some doll to misogyny. Promote strength. Most importantly, do what you want, and don’t let anyone try to sway you into doing something comfortable. It is Halloween, after all, you do not have to worry about barring your fangs and tearing into soul-sucking, anti-feminist views.