Kate Gitman 6 months ago - in Career

Putting a large number of people together in a working environment for eight hours a day is a recipe for contention, especially when everyone stops being on their best behavior and lets their annoying little habits come to the surface. Here are a few examples of the niggles that can go nuclear – the issues that can escalate into full-blown warfare. 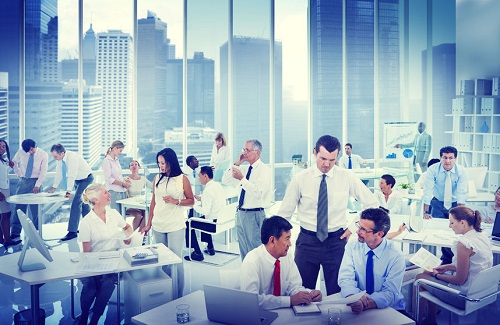 Competition is one of the main forces at play in most offices, and can take many forms, especially when it is actively encouraged by the company. For instance, which department can get the best sales figures. At worst, this can lead to cut-throat methods, arguments over orders, or outright sabotage. On a personal level, there may be the best-dressed/best car/ best boyfriend competition behind the scenes as well, to add another dimension to office competitiveness.

Another, less attractive cause of hostilities is the presence of innately selfish colleagues in the office. These are the people who leave a dripping umbrella open in the cloakroom, who open windows and turn up the air-conditioning with total disregard for their shivering co-workers, when they are not the ones sitting directly under the vent. These are the telephone shouters in the open-plan office, the consumers of virulent curries while sitting at their closely-ranged desks, the ones who eat more than their share of the doughnuts. Until some method is devised of identifying these undesirable traits at interview, they will cause misery for the rest, irrespective of their success in their allotted role.

In these days of perceived equality in most areas of everyday life, the office is the last bastion of feudalism. The subtle differences between co-workers – whether it is the more obvious type of managers being higher in the food chain than clerks, or the less apparent sort resulting from one staff member being employed there for one month longer than another – are ruthlessly exploited. Hence, the unwritten rule that an administrator will be subservient to a director’s secretary in the question of who makes the coffee, or the unspoken implication that ‘I have been here longer than you, so you can pop out for the postage stamps’ – even if both parties are effectively doing the same job.

Job descriptions often do not extend down to the mediocre little tasks that need doing every day, so the staff are expected to sort things out among themselves. Who has not seen the overflowing paper shredder, the empty paper tray in the printer, the pile of unposted mail – while the undercurrent of tension builds up as everyone claims ‘It’s not my job!’ The list is endless, especially in smaller companies in unserviced offices. Who washes the mugs at the end of the day? Who draws up the rota? Who is responsible for collecting the tea money? Often, a battle line is drawn up between the sexes – the guys just don’t make coffee, for instance.

These demarcation issues can end in a number of ways. Most frequently, the whole lot devolves upon the office junior, who may not even have been hired as such, but who has arrived last and so believes that he/she is at the bottom of the pecking order and just has to get on with it, until another unsuspecting hireling comes along. Alternatively, the ‘cold war’ can be ended by the one sensible member of staff who, unasked, quietly undertakes to attend to all the little tasks that nobody will even notice have been done. Sometimes, a council of war will have to take place when these relatively unimportant issues are allocated among the staff by management – a solution which is a sure sign of failure to communicate amongst otherwise intelligent personnel.

Communication, along with consideration and common-sense, are the keys to the armistice in these situations. Maybe one day these will be added to the job skills section of the application form – and tested for, before the candidate gets anywhere near an office. What are the main issues and disputes in your workplace?