5 Things to Do When a Guy Ghosts You

Valerie Taylor 6 months ago - in Love

Ghosted. You thought the love was going to be there to last, but then one day your latest message goes unanswered. Your calls are not returned. And you start to wonder where he went. Then, you start to think that the special something you two had developed together was just a lie. Now the memories you had built with him are as transparent as his presence in your life. Stay strong with these tips for what to do when a guy ghosts you. 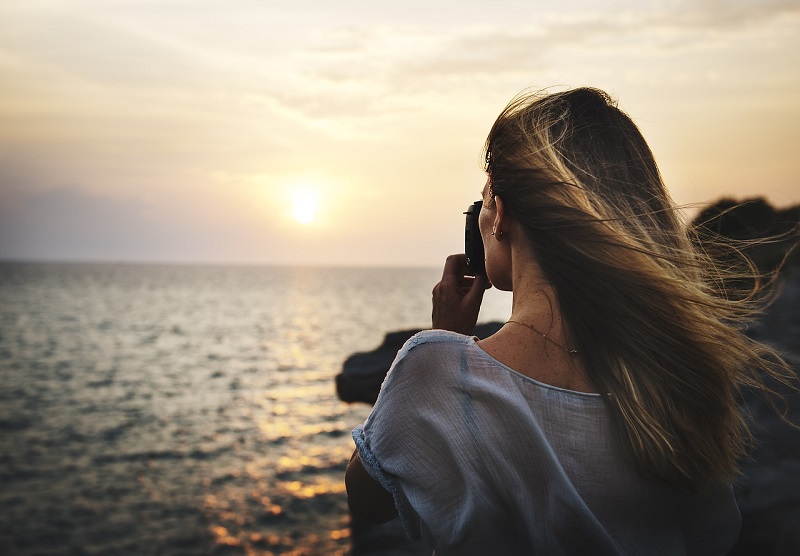 Everyone makes mistakes. Sometimes, the person you think you have a connection with is going through a rough patch in their life. Maybe he is not ready to commit to you yet, or he fears the bond that is forming and wants to run away. If you suspect a guy has ghosted you because he is unsure of his own feelings or is immature, give him some time to form up an apology.

In this case, you can simply send a message to him saying that you understand relationships are hard, and while you’re not happy he let you down, you will accept a sincere apology when he is ready. This way, you’re being the bigger person. You may never get a response, but at least you can say you tried.

There may be a reason he disappeared. Maybe something terrible happened to a member of his family and he mentally shut down. Maybe he was fired from work. Maybe he was never serious about you to begin with. If the reason why you were ghosted keeps you up at night, then find some closure.

Give him the benefit of the doubt without jumping to wild conclusions or anger. Try reaching out first with a “Hey, it’s been awhile. Is everything okay?” If there’s no response, try asking around. Once you know the reason, you’ll be able to walk away.

Read also – 10 Secrets to Never Hide from Your Partner

3. Do not blame yourself

Being ghosted sucks, but you are not the one at fault. 9 times out of 10, the person who has been ghosted did nothing wrong. You might have even gotten hints that things were progressing nicely. Maybe you have been seriously dating for a while. You are tired, so don’t beat yourself up over what someone else did.

As long as you were being yourself, giving it your all, and devoting time to him, then you did everything you could. Chalk it up as his loss and move on. There is no reason to get hung up over someone who so simply walked away.

In the same vein as number 3, you also need to be honest with yourself. While laying the blame on someone – either yourself or him – may seem easy, it is the wrong way to go about this. Think clearly here. Ghosting often seems to happen suddenly, without any clues, but in reality, that is false. Women tend to fantasize about relationships and may be missing some serious cues. In short, while you liked him, did you see an honest future with him?

Was he going to be the one you settled down with? Was he going to father your children? Help you through thick and thin? No. The signs that the two of you were destined to split were probably obvious all along. So let’s be honest: He was not into you. He left.

He built the bridge between the two of you, so you are welcome to burn it down. Set the past ablaze. Dance in the ashes. He couldn’t handle you for who you are. Nor could he let go of whatever it was that drove him to vanish. So you return the favor.

Delete his number. Throw away the pictures. Unfollow him on social media accounts. Erase his existence from your life. The action of washing your hands of him is quite cathartic, as it puts the control of who is removing whom in your grasp instead of ending everything with his disappearance.

The connection disappears in the blink of an eye, whether you realized it or not. Ghosting happens to the best people, all the time. Do not let it bring you down or make you lose faith in love. What is meant to be will be, so just keep up the search. As long as you stay true to yourself, those ghosts can vanish from your life without haunting you forever.