Julia 6 months ago - in Entertainment

Traditionally, the first annual ceremony of the year is the Golden Globe Awards. This year it’s already the 73rd Award, and it has just honored the best of the best. Many celebrities hit the red carpet in stunning dresses and tuxedos. They were waiting for their moment for the whole previous year and now we know the names and are happy to announce the winners to you. And of course there is no show without glamorous red carpet looks, so let’s see who what wears. 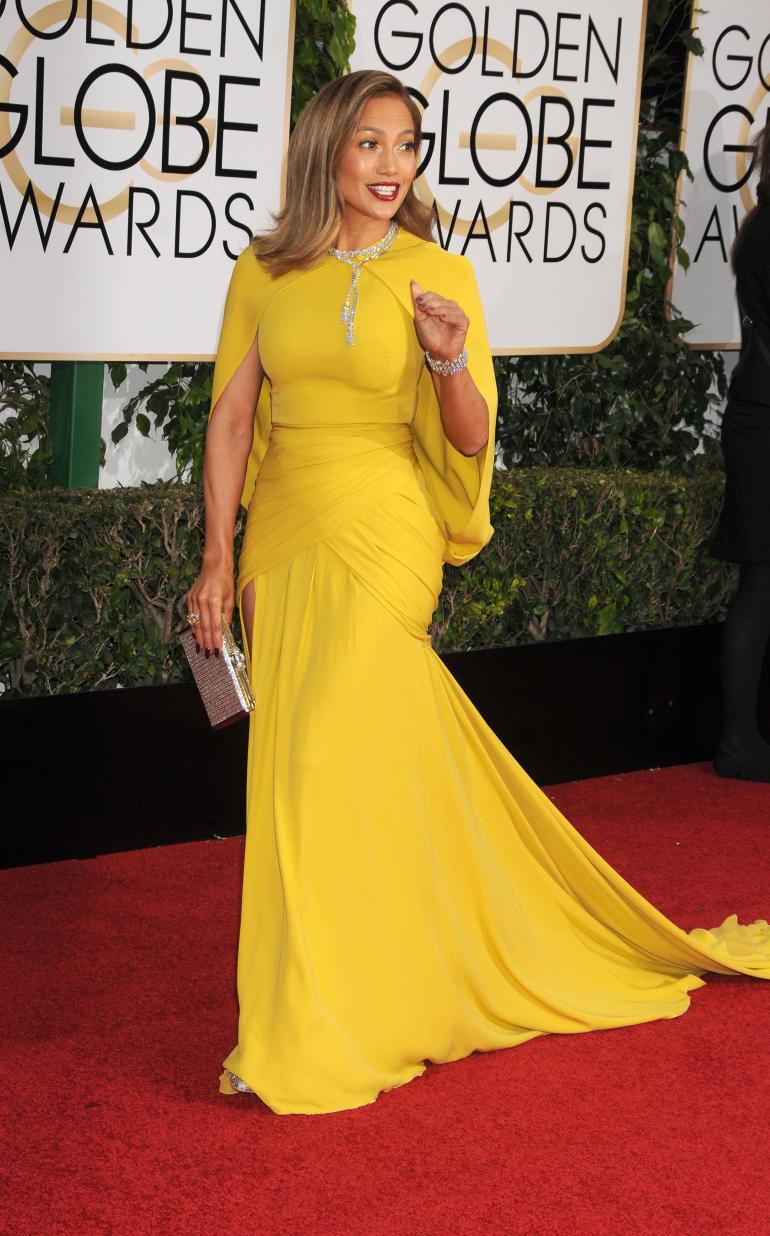 The one and only diva J Lo made our eyes wide open because of the stunning Giambattista Valli yellow dress. Sexy cutout made all the fans look at her slender legs. The look was complete with shiny silver jewelry. She is genuinely gorgeous, isn’t she? Another classy look was shown by gorgeous actress and sexy young woman Jennifer Lawrence. She rocked bold red Christian Dior gown with sexy cut-outs that made her waist look even thinner. Great choice, Miss Lawrence! We love it! 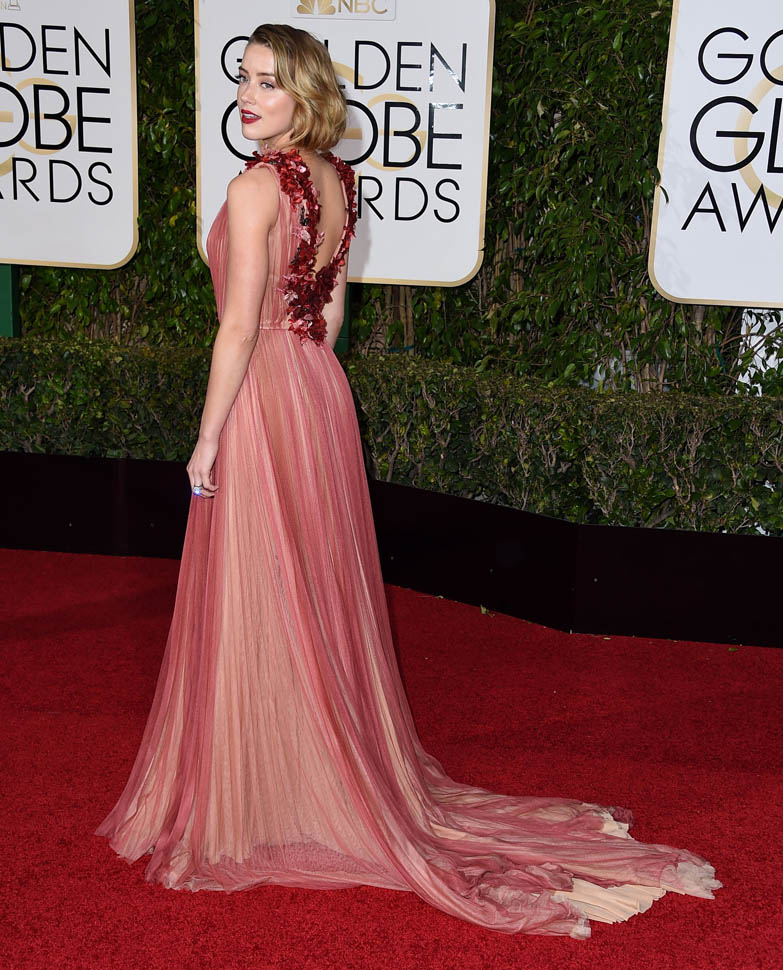 Beautiful actress and Johnny Depp’s wife Amber Heard knows how to make us jealous. She’s not only married one of the hottest men alive, but also wears the best designer dresses. For example, this chiffon Gucci dress in pink color is so elegant and feminine that makes Amber look like a nymph. Stunning winner, talented and graceful Lady Gaga was the most elegant lady of the night. Her Golden-Age-Of-Hollywood look was just unbelievable. Splendid Atelier Versace black dress and Marilyn Monroe look alike hair was a perfect match. A 28-years old British super model came with her boyfriend turned fiance Jason Statham. Famous British couple looked so damn great together, and they were both so happy, as Jason made a long-expected proposal. Rosie rocked a gorgeous ring and beautiful Atelier Versace golden gown. 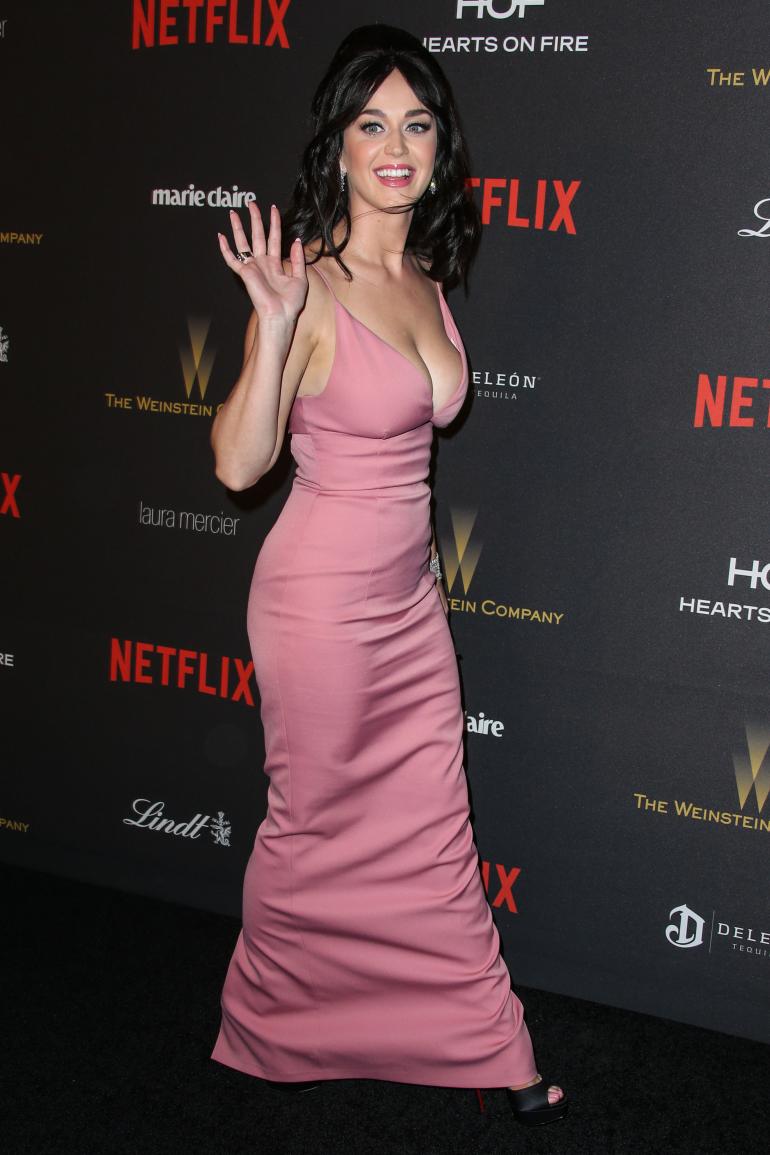 A lovely and talented singer Katy Perry also made an appearance. She wore a sexy bold Prada dress in pink, and gave some 60s vibe with her Babette hair. A couple of elegant accessories made her look complete and simply fabulous. Wow, just look at this incredible British actress, one of the main characters from a fantasy drama series Emilia Clarke. This girl definitely knows how to look fabulous. Emilia`’s Valentino black dress looked so elegant and polished that it’s was difficult to say a word. 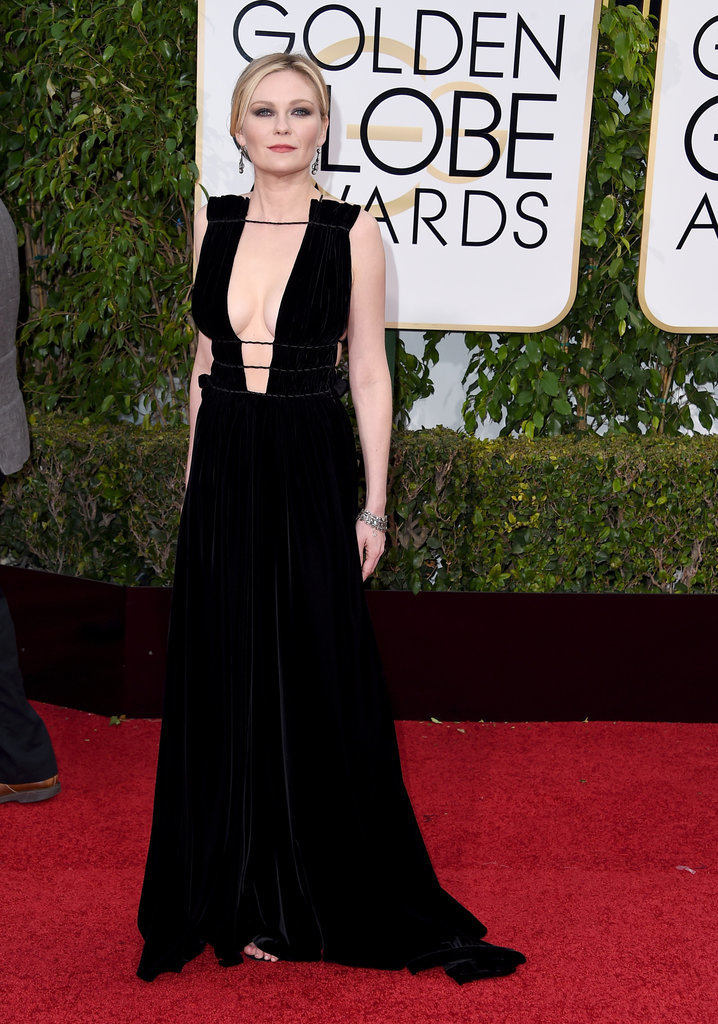 Famous American actress Kirsten Dunst has always worn smart and stylish. clothes. She knows exactly what makes her look great and what’s not. And this perfect Valentino dress and its sexy cut-outs accentuated all Kirsten`s feminine curves. A pair of chandelier-earrings made a fantastic match for this awesome look. 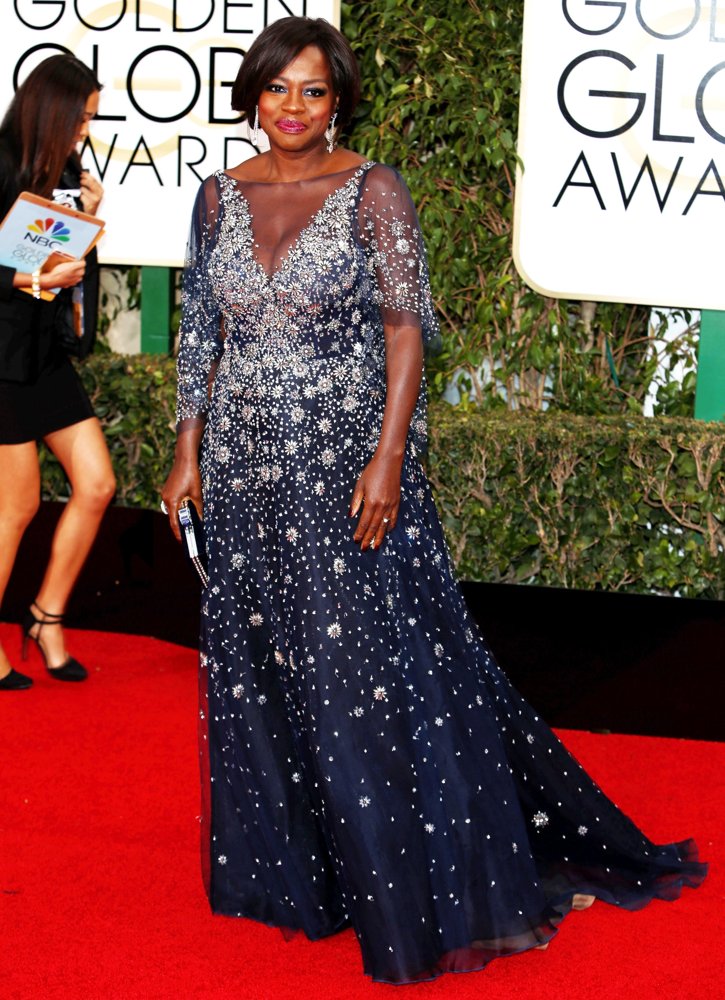 American actress Viola Davis looked splendid in this embroidered Marchesa dress. The actress rocked our worlds with this perfect outfit and she definitely was one of the brightest stars during the Golden Globe red carpet session. 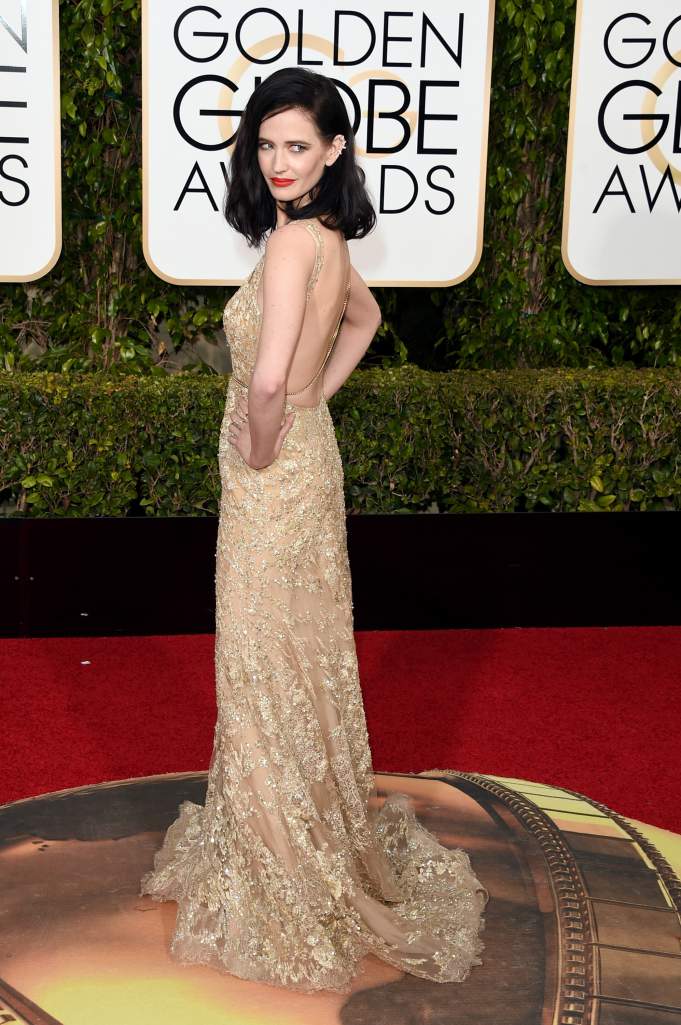 Passionate beauty Eva Green radiates sex appeal. No wonder this woman always plays Femme Fatale, even on the red carpet she looks like she is going to get all the men out there. Embroidered Elli Saab’s dress helped Eva be the star during the appearance. 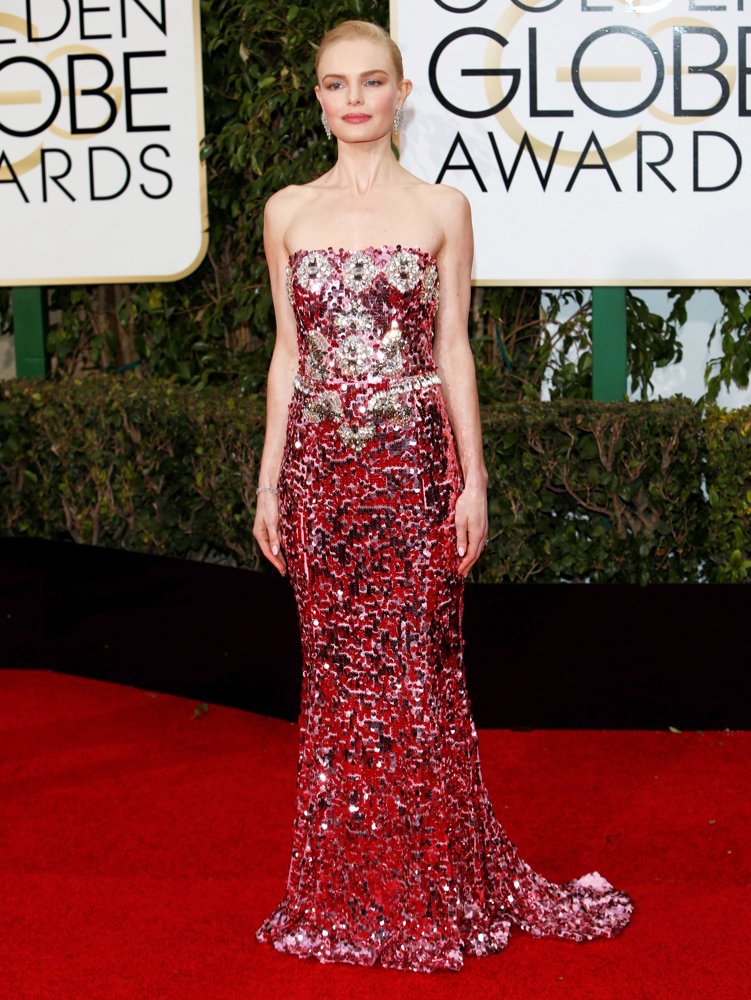 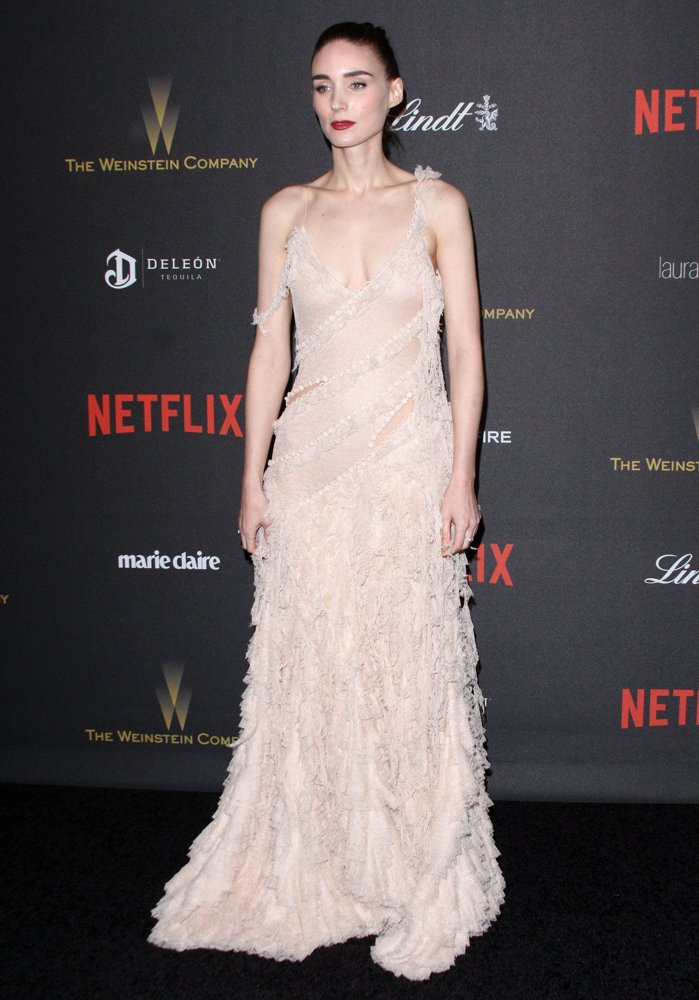 Talented American actress who starred in the movie “Carol” Rooney Mara chose the perfect dress from the new Alexander McQueen collection. Pale skin, powder pink and popular marsala color made an excellent combination. Young woman was one of the most elegant women during the opening ceremony.

Well, no need to say these women know how to make us be head over heels in love with their looks and they do it all the time. We just love all these gorgeous dresses. But, what left are our winners, so, here’s the full list of the best of the best: