Many guys say that it’s almost impossible to understand female psychology. Frankly speaking, it’s incredibly challenging to understand men as well. These often mentally tough, physically strong, straightforward and, at first glance, confident creatures usually behave like guerrillas and often find it difficult to look into their women’s eyes and open up about sex.

Lovemaking is a delicate thing and not everyone can freely express their preferences, feelings, desires, and honest opinion. But why do men keep silent about their sexual desires and preferences? Because of the influence of various fears and stereotypes.

Some men try not to criticize their women, because they fear to hurt them. Others keep their tongues in check, because they’re not brave enough to talk about intimacy and point out that something is wrong. Here are the most common men’s sexual preferences they try to keep secret. 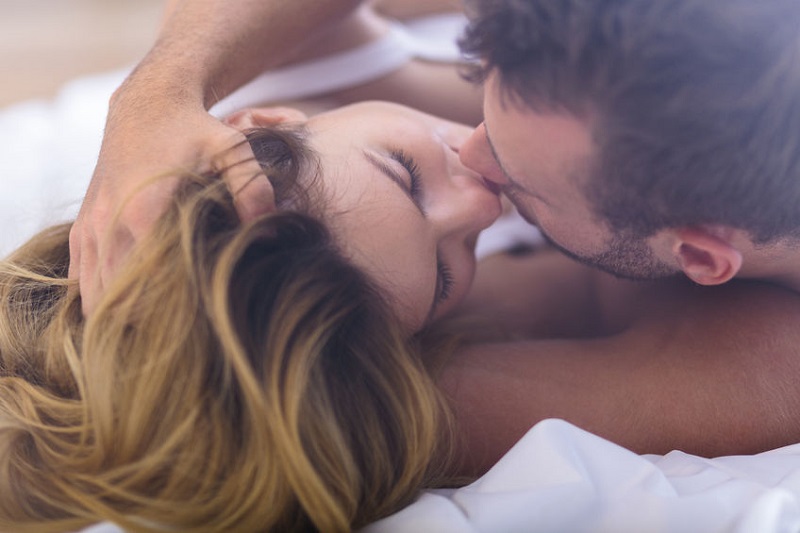 Modern women believe every man dreams about sex 24/7. It may sound strange, but it’s a myth. Men aren’t lovemaking machines. It’s been scientifically proven that male sexual desire is an extremely difficult process that depends on many factors and things. Men don’t want sex when their minds are busy with important or anxious thoughts.

Furthermore, much depends on their emotional and physical health as well. Men usually don’t tell it to women, because they can’t find correct words to explain what happened. Women should keep in mind that men’s desire isn’t stable and regard it with understanding.

2. They don’t like to ask if the lady is satisfied

Many men wholeheartedly believe that this question is irrelevant and tactless. If they don’t ask it, it doesn’t mean they’re absolutely indifferent to the quality of their sexual relationships with women. On the contrary, they’re often obsessed with thoughts about sex and want to be on the high horse in the eyes of their ladies.

They’d like to see or understand whether their women are satisfied or not. Men pay considerable attention to women’s emotions, countenance, movements and behaviors, trying to find out the truth and avoid awkward questions, but in most cases it doesn’t lead to a desired result.

Women should understand that only one simple phrase or personal compliment will certainly answer all the questions, put an end to all doubts and boost men’s self-esteem. It’s crucially important to sound sincere while giving a small compliment or expressing your impressions, because men are vulnerable to insincerity.

3. Talking during sex is an odd thing

Women’s habit of talking is a wonderful thing that opens up the door to new possibilities and perspectives, but this life is also full of moments when it’s necessary to talk less. The statistics show that men categorically dislike talking and joking during lovemaking. Sometimes men find various dirty talk phrases attractive, but the conversations about daily life and issues just distract them from sex.

While a woman’s mind never turns off and a chain of obsessive thoughts doesn’t give her a chance to relax, it doesn’t mean that she should share her thoughts and worries with her partner during sex. Women should be careful with jokes and realize the fact that their talkativeness can play a low-down trick with them one day and spoil the quality of sexual life.

4. Men dream to break out of sex routine

We’re sick and tired of scheduling and going round in a circle. Routine is a sign of stability and consistency, but it can slowly poison any relationship. In my opinion, people should create schedules and plan almost everything, but not sex. Many men support this point of view and often make attempts to diversify their relationships.

Women want to make their relationships more interesting and passionate as well, but their excessive sense of responsibility, modesty, timidity, and decency don’t give them a chance to step out of their comfort zone and break out of ordinary sex routine. Men prefer not to make a big deal of it, yet sexual routine isn’t the thing they’ve always dreamed of.

5. They notice shortcomings, but don’t attach importance to them

Men aren’t blind and they often feel whether women’s legs are shaved or not. They also pay attention to their undies, hair, clothes, and if something is wrong they don’t attach significance to it. Men aren’t as critical and obsessed with trifles as women, especially when they’re sexually aroused.

If unplanned sex takes place and you’re obsessed with insignificant shortcomings, you should close your eyes to everything and enjoy the moment. Don’t focus your attention on various issues and try not to make a mountain out of a molehill. If you behave anxiously and give way to your insecurities, your man will certainly notice it and focus on your problems as well.

Men aren’t passive lazybones who find it difficult to take the initiative in sex. However, sometimes they want to stay relaxed during sex, instead of inventing new positions all the time. Men don’t ask women to satisfy their sexual desires or fantasies, because they believe that it’s a sign of weakness.

Some of them don’t open up sexually, because they fear to be manipulated by women, in case they’ve a row with them one day. Every man wants to be surrounded by a woman whose eyes and movements will arouse the impulse and fan the flame of passion in his heart. If you want to make your man happy, you should sometimes take the initiative in bed and work miracles without wasting words.

Men like to win women’s hearts and affection; they’re hunters and warriors by nature. When they see beautiful and at the same time inaccessible women, their eyes start sparkling with desire. At these moments, men are ready to move the mountains for the sake of their smile. But inaccessible women should always remember that such a strategy can play an Old Harry with them, if they light up and go too far.

It’s good to behave in such a way only at the beginning of a relationship. Men don’t like ladies who tend to play hard to get in bed. Furthermore, these women often don’t show initiative in sex and behave as if they’re indifferent to the process. Men won’t express their indignation and concern about it, but there’s a high probability that this behavior will turn their affection towards these women into hostility in the twinkling of an eye.

Read also – 8 Most Offensive Responses to “I Love You”

8. They put much value upon genuineness

It often happens that women imitate emotional facial expressions, trying to impress their men. It’s actually not a good idea. There’s no need to scream and moan loudly. If it’s not your pair of shoes, then relax and act naturally.

Men put much value upon sincerity of emotions. If your man has strong and genuine feelings for you, he’ll love you just the way you’re. If you think that men won’t spot fake emotions, then you’re mistaken. Many successful men have perfect intuition that helps them distinguish between fake and real emotions with ease.