The Truth About Living the Life as a Starseed

I have a secret that, for the longest time, I never knew about myself either. Or rather, I intuitively knew I was different, but I am not, nor have I ever been, the type of person who goes blathering about how I am an alien from Mars or was switched at birth.

But then there came a time in my life where I started getting hints and epiphanies; and then, I learned the secret that had been kept from me. That my soul is not originally of this world.

I am a Starseed – a being whose soul is from a higher dimension and not originally “human.” 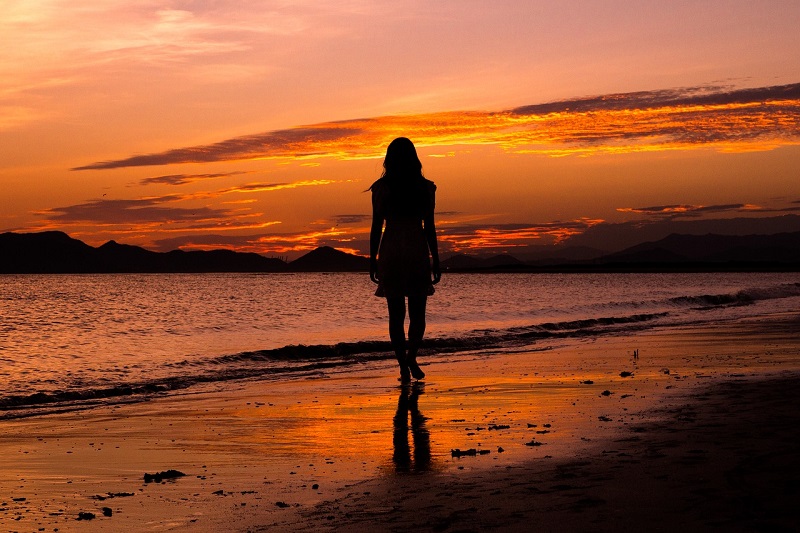 What are Starseeds and where do they come from?

It might sound like science fiction for those who are not acquainted with the theory of multiverses, higher dimensions, and such spirituality; so let me briefly explain what I am talking about.

First, forget about this idea that there is a single plane of existence. That would be our universe. Instead, think of it as a multiverse, where there is more than a 3rd and 4th dimension but more like 12 dimensions. Each of these dimensional layers contains various levels of existence from distant galaxies that have different vibrational frequencies.

You can think of them as extraterrestrials, but some of these “races” do not even exist as we would think something “exists,” simply because they are vibrating at such a high frequency.

Starseeds are incarnated from these other galaxies and planes of existence scattered throughout the multiverse who have come to Earth to complete a mission. Most of the time, that mission is to be a guide of some sort who helps people stuck in the 3rd dimension (Earth) vibrate at higher frequencies to eventually incarnate as a higher dimensional being.

Though it sounds odd, it also will feel right to people who have had the same experiences I have had.

Life as a Starseed

When I was younger, I was the loner. Wildly imaginative, always seeking out animals, playing by myself or with my stuffed animal partner in crime. Connecting with other kids did not necessarily work for me, and I often found myself thinking why I was even bothering trying to make friends.

As I grew older, I was repeatedly called an “old soul,” or “too mature for my age.” I just seemed to know things… or rather, I knew what to say to help others feel less pain. Though, I was undoubtedly drawing their pain in as an empath would. I considered myself a sponge of emotion, playing off the energy of people around me; because whenever I was alone, I was empty.

The more I played around with the idea of energies and helping people, the more I started seeing numerical codes, particularly 12:34 whenever I looked at the clock. This code incidentally reduces down to “1,” which – if you know numerology – is my life path number. If something was going to happen, 12:34 would appear.

Read also – 4 Biggest Paranoid Thoughts That Are Ruining Your Life

Now, after some research, I know that is a code sent by the universe to help me awaken to new experiences and new abilities. Some were not always good events. I was abused verbally, sexually; deceived; bullied; and more. But each time I came back stronger, and I slowly started to realize that I needed these experiences to happen in order for me to help others overcome the same obstacle.

Oddly, around this time, I developed Orion’s Belt shaped line of marks on my back. My health also improved, and I realized my true calling. But life as a Starseed is not all about spreading galactic glitter all across Earth and getting people to join hands to say, “Om.”

Life as a Starseed is lonely

Life as a Starseed is lonely, even when you find someone you resonate with. Starseeds, like me, are constantly bombarded with emotions, thoughts, and anxiety. Therefore, too much over-stimulation leads to self-alienation from society. Even the more extroverted of Starseeds will eventually get run down. This is why many favor nature and animals over people.

Plus, Starseeds often do not know what it means to be normal. These are the people who seldom work a 9-5 job in a cubicle. They are renegades, free-thinkers, adventures, artists, therapists, and spiritual counselors. They always question what is real.

Turns out, being a Starseed may also be the reason I bruise easily but heal quickly, why I am incredibly intolerant to the cold and humidity but prefer the outdoors, dislike fluorescent lighting, have misophonia, and can run on very little sleep despite always feeling tired.

Read also – 8 Ways to Train Your Brain to Think Positively

Look for the stars among us

The reason why I felt compelled to write about life as a Starseed is not to wave my own flag and talk about how magical I feel, because I don’t. The idea stemmed from wanting to raise awareness. There are stars among us – people like me – who want to heal those who are hurting or lost. We do not always know we are meant to help, but we know what to say when you reach out.

So look not only up to the stars but to those who shine through the darkness for guidance. And if you think you are a Starseed, too, your journey is just beginning!