Menu
Home / Love / 9 Mistakes to Avoid When Texting Your Crush

9 Mistakes to Avoid When Texting Your Crush

Texting your crush is a little bit scary and awkward. You want him to fall in love with you so you run to an extreme and end up telling him things he doesn’t need to know. I’m not suggesting that these mistakes alone lead to a complete failure. You can write whatever you want, however it’s better to avoid committing these 9 mistakes when you text your crush. 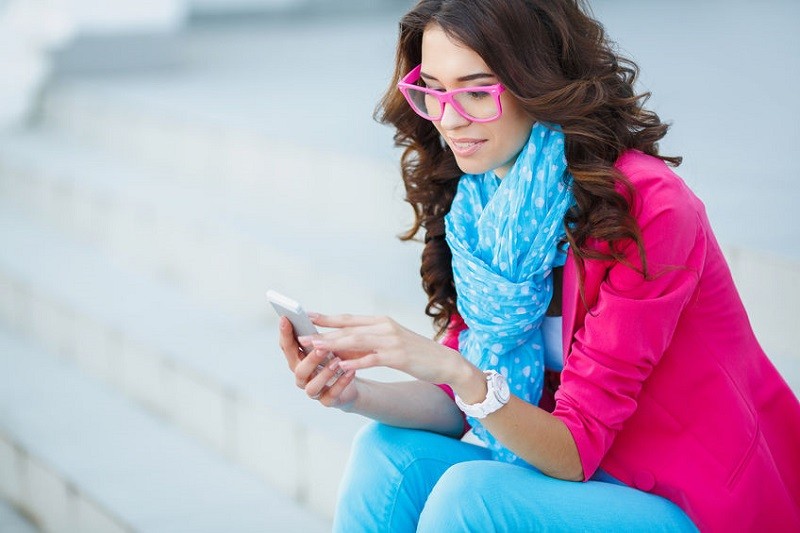 1. Texting him first all the time

Nowadays it`s okay for a girl to text him first. However you wouldn`t like to be the first all the time. If he never texts you first, it’s a red flag. Probably he isn’t interested in you, or he just knows that you always text him. Stay patient and don`t be too insistent. You`re interested in him so let this guy show his interest in you as well.

2. Telling him all your secrets

Although guys like sincere and honest girls, telling your crush all your secrets is a huge mistake. Are you sure you can trust him? Yon`t know what`s going to happen in future. Even if you think he`s the best person in the world, you should agree that you don`t truly know him well enough to discuss your secrets with him.

Well, here`s the thing every girl should know about men. They don`t want us to be clingy but they want to be with confident women. You don`t want to push him for more texting or for answering when he doesn`t shoot you a text. Be confident about yourself and let him do what he wants. You can find it difficult at first but then you`ll see that it really works. Men want to be free thus if he finds you beautiful and confident he`ll make all necessary steps himself.

The “let him wait” approach isn’t effective anymore. Don’t ignore his messages if you really want him to fall in love with you. Sure, you can’t sit and wait for his messages and sometimes you can’t answer right away, but don’t make it a habit. After all, your crush may think that you need a lot of time to create your answer and this is not the impression you want to make.

5. Trying to make him jealous

Making your crush jealous doesn’t work. You`re not his girlfriend yet thus he`ll probably suppose that you already have someone and he`ll feel like he`s superfluous in your life. Some girls like to know that the guy is ready to fight for them but when you`re texting a crush it`s not the best time to test if he likes you or not.

Yes, he`s so great that you want to spend every minute together. It`s obvious but you wouldn`t like to annoy him with frequent messages. Don`t go too far in texting him as he may think you`re too clingy and men avoid such women like the plague. Stay tolerant and give him some personal space. Any relationship that starts off quickly usually doesn’t bring positive results.

There are times when it`s not appropriate to text him. If you know that he`s busy then postpone your communication for a while. Even though he may find you attractive and smart and wants to get into a relationship with you, you shouldn`t cross the limit. If he can`t keep texting, be patient and give him some time to relax.

8. Pressuring him to date you

He`s the coolest guy ever and what`s more is that he`s so handsome that you already want to start dating him. But pressuring him to date you isn’t the way out. If you start a relationship like this it won`t be successful. Tell him that you`re single now and looking for a nice guy. If he is interested in you, he will certainly ask you out on a date. If not, then let him go.

When you see he`s asking you something, don`t be afraid to give an interesting answer. When guys often get the texts with only “yes” or “no”, they think you`re not interested in them and stop bothering you. You should turn on your imagination and be a bit braver to have an interesting successful texting with him and to show that you want it to last.

Hopefully, these little tips will help you to avoid terrible mistakes when texting your crush. It`s hard to think clearly when there are butterflies in your stomach but you want to get the guy therefore make efforts and don`t be too insistent and clingy. Better learn to respect yourself and become an independent, strong and confident woman instead. Have you ever experienced a total failure when texting your crush? What mistakes did you make? Please, share your experiences in the comments section.