Avoid Fighting Over These 7 Silly Things in Your Relationship

Catalina 6 months ago - in Love

Couples often face serious problems and often fight over something that’s truly worth their attention but sometimes we fight over silly things that are not worth the trouble. There are many couples that break up because of trifles and they realize it only when it’s too late to change the situation. It`s important for us to recognize those useless fights and realize how silly they are indeed and avoid having them in future. 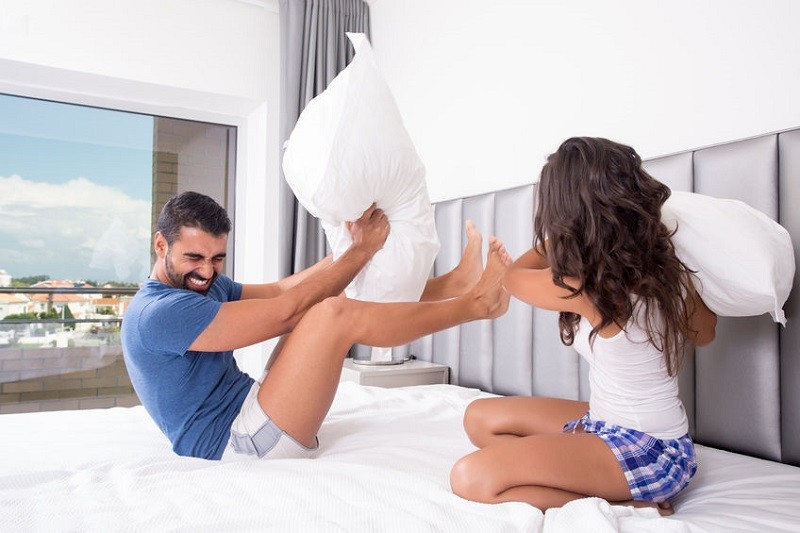 1. What to do with dirty towels

Do you want to wash dirty towels or are you ready to throw them out? You may want to throw them out but your partner may think that it’s better to wash them and save money for more important things. This argument may even stay unresolved and keep cropping up but you shouldn`t worry. Eventually it`s not the end of the world if you accept your significant other`s opinion on this subject.

2. What restaurant to visit

It sounds so silly when you hear that someone doesn`t care where to go but also can`t accept any idea of yours. Fighting over what restaurant to visit is also a common problem of many couples. To avoid troubles about making this choice you can prepare several options and give your partner a wide choice of restaurants you want to visit for them to be able to find a preferable one.

3. Leftovers in the fridge

Mostly women prefer to monitoring when it`s time to get rid of leftovers in the fridge. But men tend to think that if the food is in cold environment it may be kept forever. In fact there is no problem at all. You can make a deal that each of you follows their own rules. Thus if you don`t want to save those leftovers, just throw them out and the one who doesn`t care just stay careless and that`s it.

This is a widely spread argument between many couples all over the world. Have you ever fought over the ideal temperature setting with your partner? I personally do that quite often. We rarely face some serious problems but often fight over this trifle. This problem was even mentioned as one of the most frequent arguments between hundreds of couples in many TV-shows.

5. The proper way to load your dishwasher

You may be disagree with the way your partner loads the dishwasher and if it`s so then you may be sure you`re not alone with this problem. The position of knives and forks may differ and it often becomes the reason for a serious fight. Try to look at this situation from the other side. If you both load the dishwasher it means you help each other. Therefore be happy and stop fighting over this silly trifle.

6. The position of toilet paper

It’s ridiculous to fight over the position of toilet paper, but I’m pretty sure that you already had such a fight. He wants it to go over while you want it to go under. Here I can figure out a simple solution: put toilet paper the way you want every time you want it and that`s all. Simple. It actually doesn’t matter how your toilet paper hang, do it?

7. The type of pizza

You want to order cucumbers but he wants pineapple, you want to order double cheese but he doesn`t. It seems to be the problem of many ages as it`s difficult to mix your preferences in one pizza. Is there a correct solution in this situation? Well, you can take either two types of pizza or take turns when ordering it.

There are many couples that fight over these silly trifles. Although there’s no perfect relationship and fighting is inevitable, you should have an important reason for a fight. Instead of fighting over trifles, go for a walk or work out together to calm down, laugh and enjoy each other’s company. What other silly fights have you had in your relationship?