Catalina 6 months ago - in Love

When you are in love with your man, you are ready to do anything to make him happy, no matter what it takes. However, sometimes you can do things that actually make him miserable. It’s not easy to figure out that but there are a few signs that indicate he’s truly unhappy. I’m not gonna lie to you, ladies, I’m not the best girlfriend in the world so I know exactly how to cope with an unhappy man. It’s tricky yet possible. Just asking “What’s wrong with you?” or “What did I do?” isn’t enough to make your man speak up. Unlike women, men don’t enjoy complaining. So here are warning signs your man is secretly unhappy. 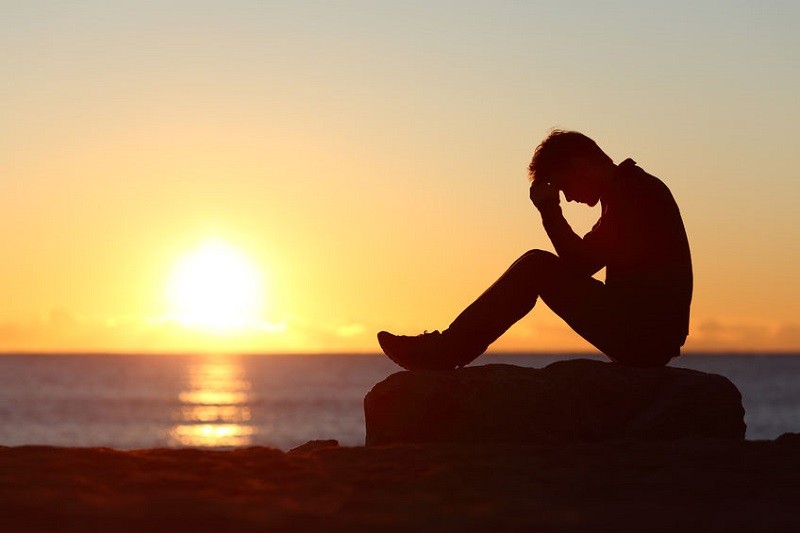 You know him well so you can instantly recognize when he`s in a bad mood. If he looks sad then he`s not happy and that`s clear. We all have those mood swings, but not each day. If your man is in a bad mood every single day and you can’t do anything to boost his mood, it’s a warning sign. Find out the reason and try to help your man cope with rough times. If it’s you who spoils his mood, then probably it’s time to leave him alone.

If he starts spending more time with his friends than earlier, it may be a sign that he`s is not happy with you anymore. Moreover, if he finds new and new excuses to avoid you and you rarely see him and talk to him, it’s a sure sign your relationship is over. Couples shouldn’t have secrets, because even the smallest lie can ruin any strong relationship.

3. He’s trying to change you

If your boyfriend is trying to change the way you behave or the way you are in general that definitely means that he`s unhappy in your relationship. If you don`t feel like making any changes, let him know about it. If he gives an ultimatum, do you really want to be with such a person? Love yourself, respect yourself and don’t allow anyone, including your man, ruin your individuality. Discuss things both of you want to change and think about what each of you can do to improve your relationship without making a sacrifice.

Men hate complaining so they are better off saying nothing at all. Perhaps he doesn’t want to hurt your feelings or he hopes he’ll cope with his unhappiness alone. He keeps silent and looks thoughtful. Men tend to think over the current situation that bothers their mind. You may ask what`s going on but I bet he`ll not answer. Give him some time to put his thoughts in order and handle his problems on his own.

5. He stops texting you

If your guy doesn`t text you as much as he usually did, he may be just taking a break. While you shouldn’t make a drama out of this, try to figure out why he needs that break. He may have problems at work, at college or some family issues. If everything is fine yet he doesn’t call or text you during the day, maybe your man isn’t interested in you and your relationship overall.

He can’t just say that he feels miserable so he says things that can help you figure that out. Men tend to hide their feelings so they make snide remarks to show their dissatisfaction. Pay attention to those remarks. If you see he’s trying to tell you he’s not happy with you anymore, say it yourself. Women are braver than men, which is why we are usually the ones who break up with men.

Craving alone time is natural. Just like women, men often want to spend a day alone. You probably also crave some me time so there’s nothing wrong with that. If your guy is an introvert than there’s nothing to worry about at all. Introverts need plenty of alone time to recharge themselves. However, if he craves more alone time, he’s either depressed or unhappy with you.

If you have been in a relationship for months or years, you probably take your partner for granted and don’t pay any attention to his feelings. Of course, not all of these signs means it’s time to break up. Maybe your man simply need some help and inspiration to cope with his problems but doesn’t know how to tell you about it. Do you feel like your man is unhappy with you?