Valerie Taylor 6 months ago - in Entertainment

Though summer has come and gone – along with the explosive Blockbuster hits – the country is not left without movies to be excited for. In fact, some of the best this year are still in the line-up. Here is the collection of the fall/winter 2016 movies that need to be put on your “must watch” list. 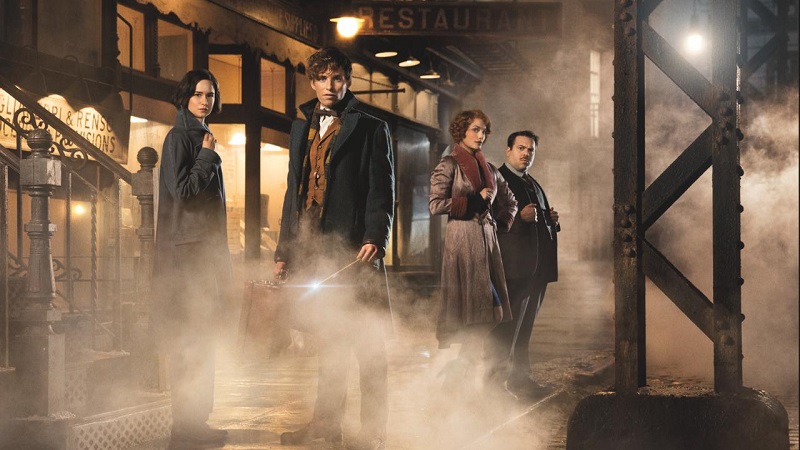 Snowden – Sept 16th, 2016; Based on the true story. Directed by Oliver Stone. In 2013, NSA contractor Edward Snowden leaked information to the media that has exposed some of the US government’s most classified dealings. This film details that history-making moment. Fun fact: It is being released on Snowden’s birthday.

The Magnificent Seven – Sept 23rd, 2016; Directed by Antoine Fuqua. Crime and Action are abound in The Magnificent Seven, a story about the town of Rose Creek, where control has been usurped by a tyrant. The townspeople turn to a group of outlaws, gamblers and mercenaries to deal with the problem.

I.T. – Sept 23rd, 2016; Directed by John Moore. Starring Pierce Brosnan, Anna Friel and Stefanie Scott. Mike Regan (Brosnan) is living the high life until he discovers that his teenage daughter has a stalker. Everything computerized becomes their enemy as Regan races to protect his family.

Deepwater Horizon – Sept 30th, 2016; Directed by Peter Berg. Based on true events, this movie looks into one of the worst environmental disasters of our time—the Gulf of Mexico oil spill in April 2010. Drama and intrigue unfold as the heroes fight to derail the spread of chaos.

Miss Peregrine’s Home for Peculiar Children – Sept 30th, 2016; Directed by Tim Burton. Originally a YA novel written by Ransom Riggs under the title, this adventure and fantasy flick winds magic with mystery. Children with special powers, including the main character, are gathered at a school. Jack, the main character, must use his own abilities to save his friends from danger.

The Birth of a Nation – Oct 7th, 2016; Directed by Nate Parker. During the time of slaves in American history, the main character, Nat Turner, is a Baptist preacher on a Virginia plantation. As he watches injustice befall his fellow slaves, he decides he can no longer sit by and watch. Historic rebellion unfolds on August 21, 1831.

The Girl on the Train – Oct 7th, 2016; Directed by Tate Taylor. A mystery/thriller that features the talents of Emily Blunt. While commuting by train, the protagonist delves into the mystery surrounding a house that she passes by every day.

The Accountant – Oct 13th, 2016; Starring Ben Affleck as the protagonist Christian Wolff. As the accountant for crime organizations, Wolff has made quite a living for himself. However, in order to cover his trail he soon enrolls as the CPA for a robotics company. Unfortunately for Wolff, the company has some illegal ulterior motives.

Jack Reacher: Never Go Back – Oct 21st, 2016; Directed by Edward Zwick. Tom Cruise is back as Jack Reacher, an ex-soldier with a knack for unravelling international conspiracy. This time, he’s out to save his friend who’s been accused of espionage.

American Pastoral – Oct 21st, 2016; Directed by Ewan McGregor, who also plays the lead role. Also features Dakota Fanning as the daughter and Jennifer Connelly, playing the wife. When Fanning’s character disappears after supposedly committing a felony, Levov (McGregor) must dig deep into the past and confront a jarring reality.

Inferno – Oct 28th, 2016; Tom Hanks plays the main character, a main with amnesia who is charged with not only uncovering his lost identity but with foiling an attempt to destroy the world.

Loving – Nov 4th,2016; Directed by Jeff Nichols. A historical drama based on a true story. Starring Joel Edgerton as Richard and Ruth Negga as Mildred Loving, who are forced to bring their case of interracial marriage before the Supreme Court of Virginia in 1967.

Doctor Strange – Nov 4th, 2016; Benedict Cumberpatch takes the role as Dr. Stephen Strange, a tragic superhero with a dark past who fights to save the world after being endowed with incredible magical powers.

Hacksaw Ridge – Nov 4th, 2016; Based on the Battle of Okinawa during World War II, the movie takes us into the heart of the battlefield. Desmond Doss (Andrew Garfield) is a medic who fearlessly tends to patients amid bullets, explosions and snipers behind enemy lines.

Trolls – Nov 4th, 2016; An animated film about those crazy-haired trolls everyone has played with at least once during childhood. Now those trolls are back for a big adventure. Poppy (Anna Kendrick) and Branch (Justin Timberlake) must head out to see a world they’ve never knew existed.

Almost Christmas – Nov 11th, 2016; A comedy about a dysfunctional family coming together for Christmas time. If they can spend five days under the same room without massacring one another, it will be considered a miracle.

Arrival – Nov 11th, 2016; One of the view sci-fi films to come out for autumn, Arrival is about alien crafts landing across the world and the linguist who is recruited to decode their messages. Do these aliens come in peace, or do they mean to invade?

Fantastic Beasts and Where to Find Them – Nov 18th, 2016; Directed by David Yates and adapted from the book by J.K. Rowling with the same name. Eddie Redmayne plays a magizoologist in 1926, who stumbles into some trouble about the streets of New York and tackles the escape of fantastic beasts.

Moana – Nov 23rd, 2016; One of Disney’s most anticipated releases to date, Moana is about a previous demi-god (voiced by Dwayne Johnson) and the free-spirited teen named Moana (voiced by Auli’I Cravalho) voyaging on the high seas.

Rogue One: A Star Wars Story – Dec 16th, 2016; Starring Felicity Jones. Though it is a spin-off story, the Star Wars universe continues to grow in what promises to be a tale of rebellion and adventure.

Passengers – Dec 21st, 2016; Starring Jennifer Lawrence and Chris Pratt, who take up the roles as passengers on a space shuttle who rise from cryogenic sleep way earlier than anyone else on board.

Sing – Dec 21st, 2016; An animated film with Matthew McConaughey voicing the protagonist, a koala bear named Buster, who is called to judge a singing competition. Other actors include Reese Witherspoon as a pig, Seth MacFarlane as a mouse, Scarlett Johansson as a porcupine, a gorilla version of Taron Egerton and an elephant with Tori Kelly’s voice.

So many amazing movies are being released this fall and winter. Which ones of these fall/winter 2016 movies are you most excited for?