Planning a Halloween blast? Looking for creepy Halloween songs but don’t know what to pick? I would be lying if I said I knew all the best Halloween songs. It took a lot of time, even years, to compile a full list of delightfully creepy songs so now I want to help you throw the best party ever! Party without music isn’t a fun party, you know that. The right music sets the right mood and tone. After all, there’s nothing scary like playing Halloween songs. Here’s the list of my favorite songs for you to choose from. 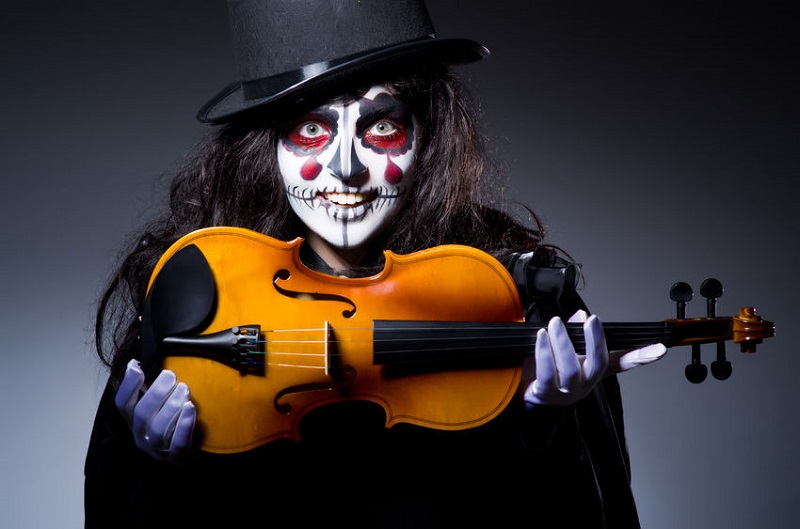 Featured in the Malcolm in the Middle episode “Halloween,” Chuck during John Casey’s fake funeral and the promo for the season 5 of Bones, the song “Dead Man’s Party” is a must-play at every Halloween bash. Even though this song is a bit old, it’s still as creepy as it was in 1986.

4. The Fifth Estate, “Ding Dong! The Witch Is Dead”

This old song of late 60s may seem to be too ‘kind’ for a creepy Halloween party, but pay more attention to its lyrics and you will change your mind instantly. It was recorded and released worldwide in 5 languages, namely English, Japanese, French, Italian, and German. Plus, this song is ideal for guests who are not Halloween fans.

7. DJ Jazzy Jeff and the Fresh Prince, “A Nightmare on My Street”

The song “Spooky” was a crossover hit for Classics IV and the Atlanta Rhythm Section. Dusty Springfield’s version is thrilling and exciting too. Dusty’s song was featured in the Guy Ritchie movie Lock, Stock and Two Smoking Barrels. Regardless of what type of Halloween party you are organizing, this song will be perfect for it.

Impress you creepy guests with rocking electroshock therapy on the eve of All Saints’ Day. The song “Frankenstein” is a timeless Halloween song played on October 31 every year, perhaps since 1973 when it was released. Amazing choice!

Read also – Childish Fear: I Love Halloween But I Avoid Everything Creepy

Michael Jackson, of course. No Halloween playlist is complete without his song “Thriller.” Yes, it’s not spooky and, you know, it’s not even a super scary ghost or zombie story. But Michael Jackson’s talent can’t be forgotten. I bet, each of your guests will be happy to hear Michael Jackson’s Thriller in the middle of the night.

The seventh and final single by the Dead Kennedys, “Halloween” has inspired many people to fall in love with this scary holiday. The song has a fantastic ability to boost Halloween spirit even at the most boring party in the world. Plus, it says that Halloween isn’t a one-day celebration. You can live each day as if it’s Halloween.

There are plenty of wonderful Halloween songs that you can include in your party playlist, but these 11 songs are musts for inclusion. Spooky music doesn’t necessarily have to be filled with scary words. It has to boost your Halloween spirit and nothing more. Do you already have your own Halloween playlist? Feel free to share your most favorite songs with us.