Orange Is the New Black appeared in 2013 and attracted thousands of fans from the very first episode. Thanks to Jenji Kohan we had a chance to share grief and happiness of our favorite characters with this really spectacular show. The biggest fans even followed the latest news about its actors on social media. These exciting stories of each character can catch anyone at once and you can`t struggle against a desire to watch the next episode as soon as possible.

Even though Orange Is the New Black has became the favorite show of most of us and we`ve watched all seasons from the very beginning, there are some facts you probably didn`t know about it. Check out some of them and feel free to add to this list after reading through. 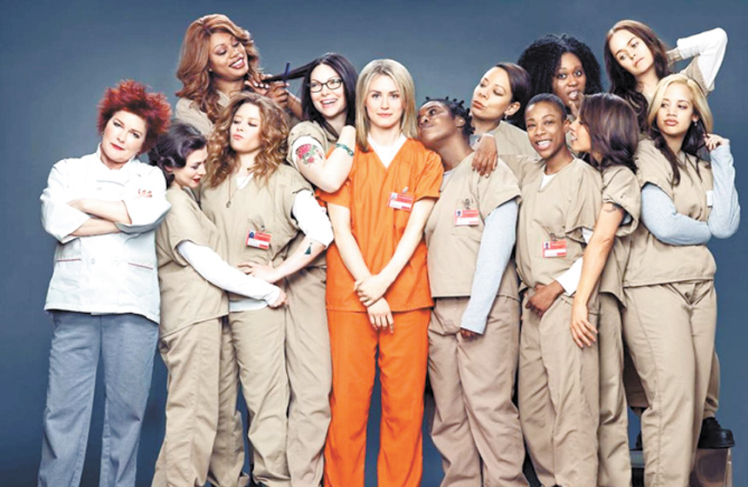 Who knew that Laura Prepon who was the leading character`s lover could play Piper? At first she was the one who could get a leading role but now it would be unacceptable, right? Or, maybe we just used to current Piper, who knows?

2. Laverne Cox has a twin brother who played her pre-transition

Sophia (Laverne Cox) has a twin brother who played her pre-transition. M. Lamar is a musician who plays Sophia in her flashbacks. I couldn`t guess how they did her trembling story look so real. Now, everything is clear.

It`s unbelievable that it’s actually a real story. Piper Kerman is a real woman who was arrested and then imprisoned in past. Now she`s free and is probably proud of the fact that her biography became an inspiration for such a successful TV show we all love.

4. People in the opening scenes are real prisoners

There are no actors from the series in the opening scenes at the beginning of each episode. However, they`re real prisoners and all of them served time in prison. Piper Kerman is one of them too.

5. Taystee and Crazy Eyes are friends in real life

Not only are they friends in real life but they made a spectacular Christmas video as well. The least expected thing is that, as it turns out, they both sing well. I love multitalented stars who are not afraid to experiment.

6. Taystee and Poussey studied in the same school

They were the students of Juilliard School and learned drama there. They graduated only a year apart. Furthermore, they knew each other well while studying and were good friends before the show.

Kate Milgrew who played Red – a Russian cooker with red hair – also played in Star Trek. By the way, she was the first woman who got a leading role of captain in this world famous show.

8. The name of episode emerges in special moments

The name of each episode appears when one of the characters says this phrase. If you watch the beginning of the first one, you`ll see that its name emerges when the policeman speaks it out.

Yael Stone (Morello) who plays Italian American broken-hearted victim is actually Australian. What? It may seem to be impossible but it`s true. Can you imagine her speech with Aussie accent? The world will never be the same again to me.

10. Almost half of the cast are actors from Law and Order

Did you know that lots of actors from Orange Is the New Black also acted in Law and Order? In fact, almost half of the cast played in both of these shows. Here`s the list of them to make you sure I`m not joking: Mendez (Pornstache), Pennsatucky, Nicky, Red, Poussey, Big Boo, Miss Rosa, Caputo, Sophia, Fig, Brook Soso, Gloria Mendoza, Yoga Jones, Cal Chapman, Janae, Aleida Diaz, Norma and finally Miss Claudette.

11. Sister Ingulls is an actress from Sister Act

Some of the actors co-worked with each other before this show. Taylor Schilling (Piper) and Kate Mulgrew (Red) played as mother and daughter in 2009 drama called Mercy. Perhaps they’re meant to work together.

I personally was shocked to find out about these things. I guess the show itself isn`t everything we can enjoy. There are lots of other unbelievably fabulous and fun facts about the show we don`t think much about when following the actual story. What other incredible things about Orange Is the New Black can you tell us about?

orange is the new black